Oft Interred With Their Bones 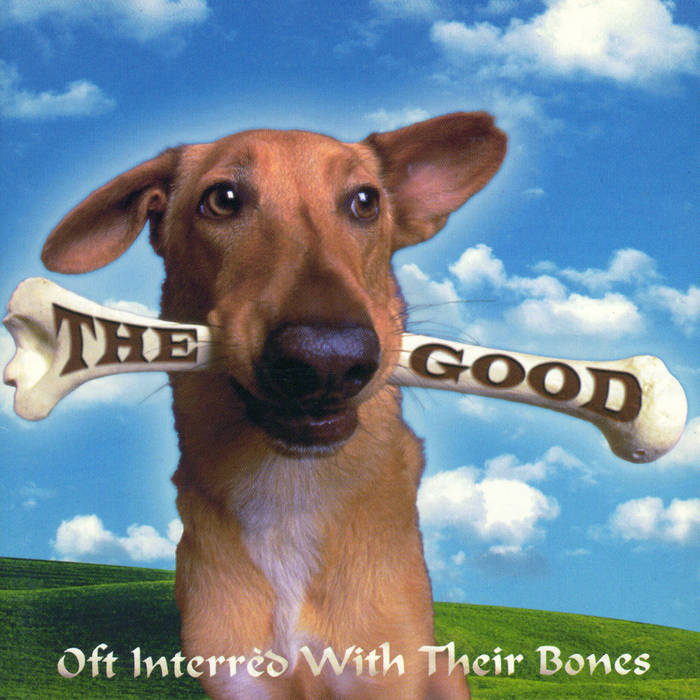 Elvis Costello didn't reinvent the guitar, but he did put a new spin on the songwriting wheel. Costello-ish songs that feature lyrics worth straining to hear are both a lost art and a dying breed, and there's at least one Chicago band that seems to agree with me. The Good, a local five-piece with a jones for wit, angst, and quality lyrics, display considerable songwriting talent on their first CD. —Gwen Ihnat, Illinois Entertainer, 1995

Oft Interred With Their Bones might be the best self-produced record I've ever heard. Classic rocking guitars underneath a fresh blend of styles and vocals... all wrapped around songs that recall wordsmiths like Paul Simon, Lou Reed, Ray Davies. Ask me what real 'alternative' music is and I'll tell you it's The Good." —Jen Self, WRBU, Indianapolis, 1995

Vocals first, with guitars a close second. Like lyrical rockers Queen and Blur before them, The Good has distilled a number of wide-ranging influences into one hell of an original sound. These guys don't bother to walk the thin line between pop and rock. They trample it. —Mike Anzaldi, WIDB, Carbondale, IL 1995

There are some very, very fine moments on this new compact disc from The Good. —Richard Milne, WXRT, Chicago, 1995

While the music's worth the price of admission, the lyrics are what elevate the disc to must-have status. —Denis Boyles, Men's Health Magazine, 1995